What is Mewe, a dating site of the future? How to make a social network more humane, focused on something personal and deep? The founders of Mewe.com knows the answer to this question! It’s a place where a person can be himself, setting his own rules, allowing access only to those users whom he trusts, and producing the content that he considers necessary.

The founders took three years to create this social network. Mark Weinstein, the man who came up with the idea to create a completely new, unlike any other, social network, wanted to create something different from a soulless facebook. And he created a place where users do not worry about the confidentiality of information and feel quite comfortable. Trust and love for people are the two main values ​​on which the site is based. Vivid features of Mewe were the lack of advertising and strict adherence to the Bill on privacy rights so we can surely say that Mewe is safe and comfort.

The Privacy Bill is a collection of claims regarding the ownership of content by users and the privacy rights of account holders. It states that only the user can configure access rights to their materials, that the content they produce is their intellectual property, that only account owners have the right to configure filters for their news feed. Meanwhile, the advertising materials in the middle of the news feed seem like wildness to the administration, and it is impossible not to agree with this. Check up the information about Mewe’s logo, creating of social network and many interesting facts on Mark weinstein’s page!

Review and Our Thoughts. How to get into this world of Mewe?

If you think how to use Mewe, you need to know that the process of signing in Mewe is simple and enjoyable: you need to enter your email and create a password. In the future, the system will ask you to also indicate your phone number - this is necessary for greater data security. In case the user forgets the password, the recovery will take no more than 1 minute: the social network client enters his phone and mail - and a link to reset the password will come to the specified contact. As you can see, the process differs little from the standard.

Even Mewe’s logo got a big sense and you can read about it on the site. Not for nothing that Mewe is called the next generation social network - it implements everything that is needed for comfortable communication. In this social network, it is possible to add friends and relatives, make friends, and meet new people - of course, from among those who also want to communicate (privacy settings help in determining this parameter). In Mewe you can also leave comments and write private messages, tag others in photos and add hashtags to your posts for the most convenience. In addition, here you can create private groups and communicate only with people in their composition. For those who are used to sharing important life events with relatives, this feature is very relevant! So sign in Mewe right now! 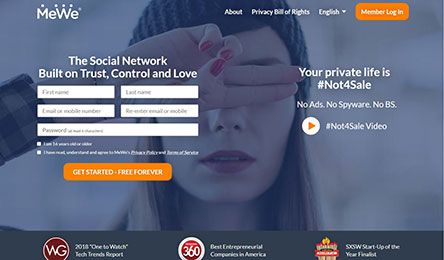 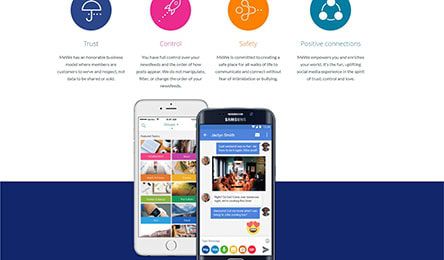 Impressions of using the service. What is Mewe and its advantages?

The theater begins with a hanger, and any site - with design. Mewe has a nice design in blue and white. This brings peace to the site. Many people use social networks to relax and enjoy communicating with people who are close by blood or spirit - and Mewe is perfect for this. After logging in Mewe you can listen to music, share photos, share impressions using voice messages ... Perhaps this is one of the most functional social networks with a minimum of distractions in the form of advertising and targeting. Maybe this site can put a confident five points! So Mewe’s social media capabilities will surprise you!

Mobile version of Mewe: you can also find your mates from the phone!

In the modern century, the realized ability to perform actions from the phone is of great importance. To enter the social network on a computer, you must at least be near an Internet source or at least just be able to sit! The phone allows you to perform the same actions on the go, on the road, in between work, in the subway car or at a meal, which, of course, is not very desirable.

So what is Mewe app? The Mewe mobile application is concise and simple, but it retains all the basic functions of a social network. The Mewe mobile application is available in standard Apple Store and Play Market stores in 19 languages ​​of the world. In it, in the same way, you can share messages, view feeds, create private and public (also secret Mewe’s group) chats. It is possible to conduct live broadcasts.

For media personnel, the mobile Mewe app’s offer is a convenient platform. With it, you can communicate with fans without loss of time - messages from fans are shown in the order in which they were sent, and are not interrupted by intrusive ads. In addition, Mewe gives stars the opportunity to monetize their creativity in any way they like, and this is important.

The Mewe mobile app also lacks a face recognition system. For those who care about collecting user data, this is just a paradise. Mewe is safe and differs from many social networks by its interface and treatment to users.

What about fakes and scams in Mewe?

As in any social network, there can be fakes. This cannot be avoided and there is no escape from it. Most often, public people suffer from fakes - especially since monetization of creativity is possible in Mewe. If a fake is found, the administration will conduct a comprehensive check, and the offender will be punished. You can chat about anything in Mewe: guns, nature, weather and nearest future, and be sure that there is a real person on another side, not just a heartless fake.

How much should I pay for admission to the wonderful world of Mewe?

Paradoxically, Mewe is a free social network. It strikes many people - how can a social network remain free without income from advertising and stars? Mewe Proves Social Networking May Be Free. The founders of the social network believe that users should not pay for the possibility of confidential communication, and in this they are right.

Additionally, Mewe has developed the MewePro application - this social network was created for company employees. It is provided free of charge to non-profit and educational organizations, and commercial companies will have to pay for this opportunity. But convenience pays for the money spent several times.

Why is Mewe better than other dating services?

This is a reasonable question, but if you created a social network different from others, then it was for what? Mewe appreciates the privacy and willingness of people not to share information with outsiders. Mewe protects each of its users. Mewe has no ads or other distractions. This has already been said. But this social network also has a number of features that make it completely different from others.

Firstly, all the contents of the social network can be placed in the cloud, and it will not be lost, even if the client loses access to his profile. Secondly, account confidentiality can be set separately for each person and for each private Mewe’s group.

Thirdly, voice messages are possible not only in dialogs, but also when publishing pictures, videos or audio on your own wall. Fourthly, it is possible here to delete your page from the search directory and to exclude references to yourself on the Internet. And what other social network can boast of this? And finally, this is a universal tag system. By the specified tag the user will not find a bunch of spam and useless obsessive advertising corrector for posture or super-tablets. The tag will reflect all publications, and the page owner will not find anything to find the right one. Great, isn't it? Another advantage people love Mewe for is emoticons, or emojis, as they are sometimes called. There are more than 1800 pieces in this social network! So, any emotion can be expressed in a small but capacious picture. Share your emotions with family with Mewe. If you have and If you have any questions or suggestions, you can always write to Mewe’s support and discuss it.

Since Mewe pursues transparency, removing a page does not take much time. In order to disappear from the expanses of a social network, you just need to remove all groups (including Mewe’s secret groups) owned by the person, or transfer the rights to manage the group to another person. Then, in two simple steps, the page is deleted.

Still thinking about how to use Mewe? Content that was in the feed of a user who decided to delete his page is recognized as his intellectual property and must be deleted along with the profile. On the one hand, this is sad, since among the posts of the person who deleted the account, real pearls can be found, on the other hand, this is correct, it should be so.

In addition, Mewe is always open for communication with the press - Mark Weinstein repeatedly gave interviews in which he talked about his brainchild. If users have questions about interaction in the Mewe social media, technical support is available on the site. The account holder fills out an appeal in which he reflects the essence of his question or problem, and specialists quickly and fairly loyally resolve the misunderstandings that have arisen. There is little where you can see understanding tech support of Mewe, but Mewe is the right place.

Mewe also created an advisory board, which includes famous people. The function of the council in determining the further development vector. When decisions are not made individually, it is always better for the final product.

Summing up, we can say that Mewe is a great place to spend free time there, chat with friends and family, and spread your creativity. This is a kind of island of peace on the Internet, where the user can be sure that his data will not go to third parties, his work will not be coordinated, and dialogue between him and his relatives will not be read by anyone unknown. 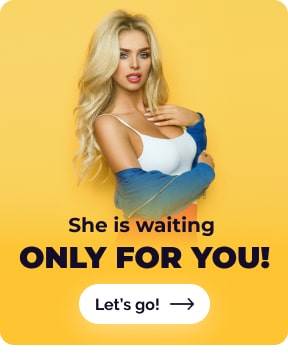 Communication today is an expensive pleasure, because for this you need to alloc…

“Find-bride.com is a place where everything is thoughtfully made for the c…

Online dating industry is huge, there are so many new sites lunch almost every d…

Communication today is an expensive pleasure, because for this you need to alloc…

“Find-bride.com is a place where everything is thoughtfully made for the c…

Hey, it's time to pick you the perfect partner! 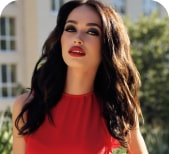 Maria, 31 Ideal match for me is self-confident and … 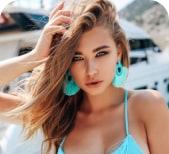 Irina, 25 My friends say that my obstinate character … 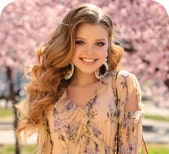